CHEERFUL OR TEARFUL GIVING?
By Pastor E. A. Adeboye

MEMORISE : Every man according as he purposeth in his heart, so let him give; not grudgingly, or of necessity: for God loveth a cheerful giver. 2 Corinthians 9 : 7.

7 Every man according as he purposeth in his heart, so let him give; not grudgingly, or of necessity: for God loveth a cheerful giver.

8 And God is able to make all grace abound toward you; that ye, always having all sufficiency in all things, may abound to every good work.

Another point we can learn from the wise men is that they were givers. Our God also is a giver. He gives us all things freely to enjoy ( Romans 8 : 32 ). God is such a diehard giver that He gave His only begotten Son to die for His enemies. He wants us as His children to follow His example in giving. For this reason, God is not just interested in you giving but in you giving like Him. Hence 2 Corinthians 9 : 7 says,

“Every man according as he purposeth in his heart, so let him give; not grudgingly, or of necessity: for God loveth a cheerful giver.”

The only time some people think of giving is when there is a declared need. But do you know that a true cheerful giver does not wait until a need is expressed? The fellow is proactive in giving. He or she gives even when no announcement is made regarding a particular need in church. Some others will not give until everybody is levied. If you are a cheerful giver, a levy is an insult to you. Do you have to be tasked before you do your Father’s bidding?

Generally speaking, it is wrong to grudge over your gifts. Some people are stingy so they will grudge the little that comes out of their pockets, but there is a dimension of giving where you will be led to release that which will touch you to a point of hurt. Even when your body is resisting it, you shut it up and go ahead. Are you a cheerful giver? If you are a cheerful giver, God will not want to miss you in Heaven because like they say, Birds of the same feather flock together – you are like Him. Whenever God finds a cheerful giver, He finds someone like Himself (John 3 : 16). When Solomon offered God 1000 cows in one offering, that night God paid him a visit (2 Chronicles 1 : 6 – 12). If God has been visiting you on earth because you are pleasing Him, you can be sure you will be with Him in Heaven. How cheerfully are you giving to the Lord, His servants, and the work of the Lord today?

Father, help me to give cheerfully like You do. 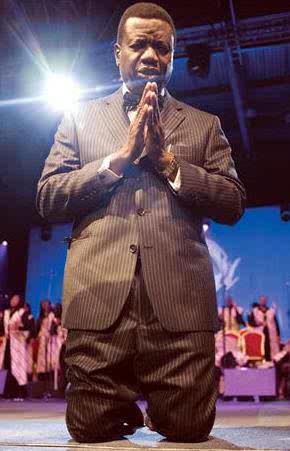